A really revolutionary and beneficial scheme has been launched by the government of Gujarat state that will provide optical fibre network to 3500 village panchayats across the state. Now let us look at the different details related to the Gujarat digital Seva Setu Yojana for the year 2021. We will answer the questions about the Gujarat digital Seva Setu program such as the details of the program, benefits of the program, official launching date of the program, list of services which will available in the program. Also, we will share the fees which have been launched by the Chief Minister of Gujarat to avail the services of this program. Make sure to read the article full so that you can get each and every detail of the program.

The government of Gujarat wants to bring a digital change in the infrastructure of the state by launching a new digital scheme known as the digital Seva Setu. This scheme is one of the very first digital initiatives by any of the state government of any of the states of India. The scheme will be available for all of the residents of Gujarat and will give the availability of public welfare services through the internet. Electronic services will provide to the residents of Gujarat through the new scheme launched by the Gujarat government. The residents will be able to get the benefit of the various public welfare electronic schemes through the digital Seva Setu program on their doorstep. 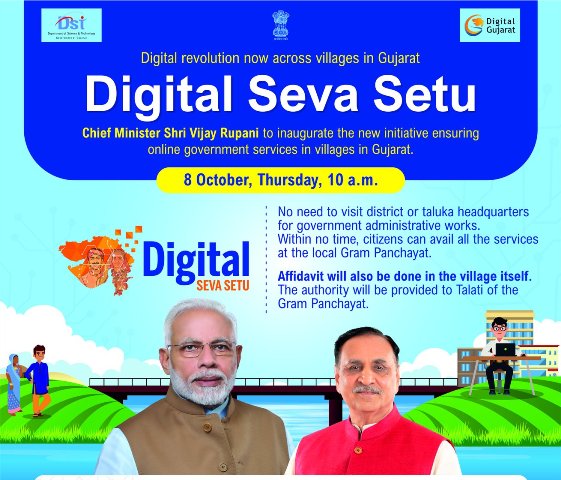 The main objective of the digital Seva Setu Program Phase 1 is to provide optimum utilisation of technology for all of the public welfare programs that have been launched for the help of the rural residents of Gujarat. As said by the concerned authorities this scheme will provide a historic administrative revolution to all of the residents of Gujarat. The public welfare services which have been launched by the concerned authorities of Gujarat government will be available through the e-gram offices in each panchayat under the digital Seva Setu program. The objective is to provide the benefits of the public welfare services at the doorstep of the villagers. Around 3500 villages will be provided with the optical fibre network through the scheme.

The digital Seva Setu program will launch on 8th October 2020. First of all, the program will launch in around 2700 villages across the state of Gujarat. The model code of conduct is imposed in the villages that fall under 8 assembly constituencies. The elections are to be observed on 3 November 2020. It is said by the concerned authorities that around 8000 village panchayats will be having high-speed internet service till December of 2020. The Chief Minister of Gujarat has given the information about the same project at the official Twitter handle of CMO of Gujarat state.. In the official tweet, he said that the launching of the Gujarat digital Seva Setu program will be witnessed on 8 October 2020.

the concerned authority will provide the following services through the digital Seva Setu program of Gujarat:-

Implementation Of The Scheme

As per the official information of the scheme, it is said that a revenue officer will be providing affidavits at the village level. The beneficiaries will not have to visit the notary offices which are situated in their nearby cities. The beneficiaries will also be able to use electronic signatures instead of physical signatures. The documents which will provide to the beneficiaries will be given in a digital locker instead in a physical form. The customers will be able to get hold of their documents by their mobile phones only. The scheme has initiated under the Bharat Net Project. The scheme will provide a lot of clarity in the procedure of handling documents to the rural residents. Around 83% of the optical fibre network has laid out and the gram panchayats will connect to the data centre at Gandhinagar.

The main benefit which will provide to the beneficiaries under the digital Seva Setu program is the availability to get fast and faceless services. The beneficiaries will be able to get services without the involvement of middlemen. The villagers will be getting the availability of high-speed Internet and good services without going to their nearby town and cities. People will also be able to get their documents on their mobile phones and in their e-lockers rather than having it in a physical form. First of all, the government will be providing 20 services but it is said that the number of services will be getting higher after a few days. The government will be giving 50 services in total. All the 14,000-gram panchayats in the Gujarat state will cover under the programme.

Fees Of The Scheme

Applicant will have to pay the following fees while applying for the different types of services in the scheme:-

There is no exact application procedure to apply for the digital Seva Setu Scheme. Gujarat Government has recently launched the scheme. we will update here all the information as soon as the state government will announce. 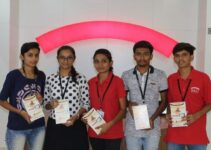