Maharashtra Rivers and Lakes Notes for MPSC & Others Exam

In India, Godavari is the longest river and has a drainage basin of around 1,21,000 square miles (313,000 aq. Km.). For Maharashtra, Godavari is equal to Ganga. That is why it is known as Dakshin Ganga. There is immense spiritual and cultural significance to the river. The entire east-to-west length of Maharashtra is drained by the river and this is one of the unique things about this river. In the total geographical area, this biggest basin drains about 9.5% of India. The Godavari basin has a catchment area of 3,12,812 sq km. And, this catchment area extends over the states of Telangana which 20%, Odisha which is 5.7%, Maharashtra which is 48.6%, Chhattisgarh which is 10.9%, Madhya Pradesh which is 10.0%, and Andhra Pradesh which is 3.4%. In India, the Godavari is referred to as the sacred river. ‘Rajahmundry’ is the biggest city on the riverbanks of Godavari. Godavari has special importance in India like other rivers Ganga and Yamuna. The celebration of ‘Pushkaram’ which is a major bathing festival took place on the banks of the Godavari River. In the river, there are two bathing ghats which are holy reservoirs Ramkund and Kushavarta. At the Godavari, various people of the Hindu religion do religious rituals.

In the Western Ghats, the river rises at an elevation of 1,067, m. The Trimbakashwar Hills are nearer to the Western Ghats in the Nashik district of the state. At Trimbakeshwar, the Bramhagiri mountains are the place from where this river originated.

In the Southwest monsoon, the maximum rainfall is received by the river. June and September is the time when all the areas of the basin have the maximum rainfall. The Godavari basin becomes dry in the month of January and February due to less than 15 mm of rainfall. An average annual rainfall of around 84% is received by this basin in the Southwest monsoon.

Another river that flows through Maharashtra state is the ‘Krishna River’. In India, it is east flowing peninsular river and the fourth largest river. In the Maharashtra, the Krishna river rises at an altitude of 1337m from Western Ghats near Satara district. The total geographical areas of 8% is occupied by the Krishna Basin of India. The basin also falls in Karnataka 44%, Telangana 15%, and Andhra Pradesh 15%. The Eastern ghats on East, & the South, the Western Ghats on the west and the Balaghat range on the north are the boundaries of the basin and it looks triangular with these boundaries. The river of South-central India that is ‘Krishna River’ has a 800 miles total course.On the earth, this river is the disastrous.The heavy soil erosion is caused in the monsoon season.A large delta (With a Shoreline) of 120 km is formed by the river.The major dams such as Nagarjuna Sagar Dam, Prakasham Barrage, Almatti Dam and Srisailam Dam are constructions of the river.Rich deposits of mineral are there in the Krishna basin. In the basin, there are few industrial activities of sugar, rice milling, iron, steel, cement and cane vegetable oil extraction is present.

The major right bank tributaries include Koyna, Dudhganga, Malaprabha, Venna, Panchganga, Ghataprabha, and Tungabhadra. A minor tributary is a Koyna which also popular for the Koyna Dam. On the other hand, the major left bank tributaries are Halia, Musi, Paleruu, Munneru, Dindi, Bhima and Peddavagu.

The Sanskrit name of Tapi river is Tapti river. A stretch of Tapi river which is a major River in Central India is about 724 km. In peninsula India, this river is one of the most important. Among Maharashtrians this river has cultural and religious importance. The Eastern part of Satpura Mountain is the place where this Tapi originated. ‘Betul’ district is the place of source of Tapi river. The Sun God and his wife Chhaya are the parents of Tapi river. Betul, Bhusawal (Maharashtra), Burhanpur (Madhya Pradesh), Surat (Gujarat) and Multai. The Rail bridge at Bhusawal, the Sawalde road bridge in Dhule for National and Khandwa section coming under the central Railway are important passages of the Tapi river.

In Maharashtra, the different areas are sprinkled with open skies, wildlife, lakes and mountains. But, lakes have special attention from people. The lakes are of many types situated in Maharashtra including massive freshwater expanse, grass lined and many more.Especially Thane, it is famously known as the city of lakes in Maharashtra as they include a reservoir of 30 lakes. The Rankala lake comes under the oldest of all lakes in the state which is located in Kolhapur city. Nashik city of Maharashtra has the popular lake called ‘Ramkunk’. When the Lord Rama and his wife Sita were having exile they used to bath in the same lake according to the certain believes. Some lakes that attract tourists are Lonar lake (Buldhana), Powai lake (Mumbai), Venna lake (Mahabaleshwar), Mushi lake (Lonavala), Ambazari lakes (Nagpur), Tansa, Vihar, and Tulsi lake (Mumbai), Pashan and Pimpri lake in Pune. 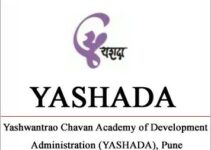 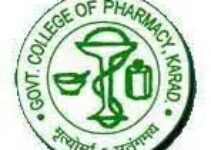 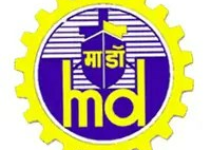